When I first wrote about Edward Snowden, he had been an internationally known figure for about three months. At that time public opinion on him was neatly divided into supporters and opponents. We knew very little about him and certainly not enough to understand his motives or intentions concerning his leaks to Glenn Greenwald. Six months later we still know next to nothing about Snowden and what is known gives us more questions than answers.

The BBC reports that only 1% of the files that Snowden leaked have been revealed to the public.  We are supposed to believe that since they are in the hands of Glenn Greenwald, they will be all made public in due time and that the establishment media will have no hand in censoring them on behalf of government. However, nearly immediately after receiving the Snowden documents, this supposed opponent of state-run media signed a book deal with a subsidiary of one of the most blatantly state-controlled media outlets in history. He’s also promised the publisher that he will withhold some of the “best” secrets from us and include them in his book so that the corporation as well as Greenwald himself will become very wealthy from our ignorance and oppression. Which begs the questions, how genuine is this “champion of the people”? What other secrets has he promised to withhold and for what reasons; or at price? More critically, why has Snowden himself retreated into the background and why is he not engaged in publicly releasing the information that he passed to Greenwald?

Three months ago had a person questioned Snowden’s character or motives, they would’ve been considered part of the effort to defend the governments betrayal of citizens. Fortunately we’re now examining this event more objectively.

For decades most of the public has ignored or refused to believe the fact that very little of our lives have been private. The westernized nations have naively continued to welcome technologies into their lives without examining their full capabilities. Every new novelty was celebrated. Last year CIA Director Petraeus gleefully anticipated spying on Americans via their dishwashers, though it’s hardly a necessary addition to the already existent grid of smartphones, smart-televisions, smart-meters, cctv networks and cell towers that successfully chart our every move.  At the time, the CIA’s “internet of things” was generally laughed off as a conspiracy theory by most.

Now we all know better because of Snowden and the country is filled with debate and questions concerning our government’s surveillance of a supposedly free people. Though the question that is not being asked is: “Why Snowden?” What is it about Snowden’s “revelations” that caused our media to pay attention?

For the record: Snowden didn’t reveal anything that we didn’t already know or could assume based on the 1989-1990 leaks about the Echelon project. If you’ve never heard of this, take a minute to look it up. You’ll find that the Prism program is a new incarnation of only one branch of a very long-running effort at intercepting and recording all electronic communications. For people of my generation, it is doubtful that we have ever had a private phone call. Think about that for a second, think about all the personal moments that you’ve had with someone over the phone and consider the fact that somewhere all of this information is on file.

The real question should be, why has the media refused to cover this until now? Why have they largely ignored or ridiculed Russ Tice, Duncan Campbell and Nicky Hager? If you don’t know these names it’s important that you look them up also. Read about what they leaked and ask yourself why were they ignored?

In 2010 the Chief Executive of the NSA Thomas Drake leaked information about the Trailblazer Project (precursor to Prism) and his boss, the third highest NSA employee, quit because of the illegal and unconstitutional mission being carried out at the agency. Yet there was absolute media blackout concerning this. See for yourself – search Google’s news archives for ‘Trailblazer Project’ from January 1, 2011 ( the year that the New Yorker magazine wrote about Drake) to November 23 of 2013. You will find absolutely no mention of this historical event at all. It was only on November 24 of this year that our propaganda ministry allowed this story to begin quietly slipping into history by way of the Cairo Review.

There’s also the story of William Binney. Binney graduated with a degree in science in 1970 before volunteering for service in Vietnam. His career in intelligence continued until he resigned from the NSA on October 31, 2001. He’s been described as one of the best analysts and code breakers in the NSA’s history. Without him, programs like Prism would probably not be possible. However when he saw to what ends the agency was using his developments for he left. The New York Times has done an eight minute video on Binney where he confirms that cell phones are being used to surveil us even when they are turned off. He clearly describes how the NSA maps “your entire life”.  Was that not groundbreaking? Was it not a newsworthy story in 2002?

Clearly the media was involved in covering up the NSA’s terrifying programs until Snowden. So why did they this year feign ignorance, shock and disgust when Edward Snowden came forth with what was already old news?

The simple answer is that the game-plan has changed for those in power. The carefully constructed façade of Liberty in this country is crumbling and to maintain that, the media is attempting to maintain it’s legitimacy while also trying to coerce us into accepting the maximum security surveillance grid that surrounds us. The talking heads quickly decry the calls for dismantling the NSA as extremist and dangerous and they insist that NSA is keeping us safe from the terrorists that are funded and directed by our CIA and FBI. They’ve informed us all that Big Brother is watching us and they’ve skillfully convinced many of us that it must simply be accepted.

So now we live in a world where police departments are instructed by national security agencies to conduct a raid on a home simply because there were internet searches done there for both pressure-cookers and backpacks. If any individual officers are bothered by this illegal lack of justification, they will most likely keep silent for fear of being labeled a conspiracy-theorist that refuses to acknowledge how government is protecting us. We now know that the DEA uses the NSA’s illegally gained intelligence against American citizens in court and simply lies about how the information was gained. Our local police and fire departments are now federalized thanks to the Patriot Act and the creation of the Department of Homeland Security and should anyone within these departments desire to speak out against the nullification of our nation’s Constitution, they have a long list of whistleblowers to look to for example of how they will be dealt with.

So what does this say about the mysterious Snowden? Should we not consider that, as a member of this anti-American intelligence apparatus, he could very well have acted as a double agent? He has conveniently managed to “escape” not only the CIA, but also to a place where he can be kept hidden from scrutiny and investigation by the independent media. It’s likely that he will live comfortably for the rest of his life without ever being closely examined or questioned concerning how an allegedly low-ranking intelligence professional made such a huge splash by talking about old news. 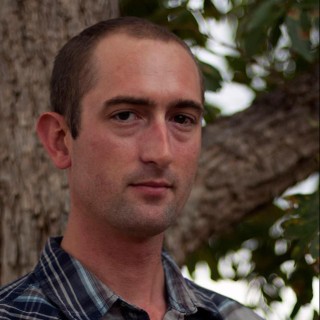